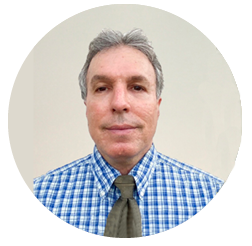 Melvin Ayala received his BA and PhD in Economic Engineering from the University of Applied Sciences Zittau/Görlitz in Germany and his PhD in Electrical and Computer Engineering from Florida International University (FIU). He has held teaching positions at the Technological University of Havana, Cuba and Universidade de São Paulo, Brazil, where he has taught courses on computer sciences (CS) and artificial intelligence (AI).

Prior to joining IDSC, Ayala has also held positions as a researcher at FIU (CATE lab) and as a software developer at Beckman Coulter.  He has coauthored several scientific publications and three patents, mostly in the area of AI with biomedical applications. His research interests include data mining, natural language processing, image processing, and AI for pattern recognition and prediction. 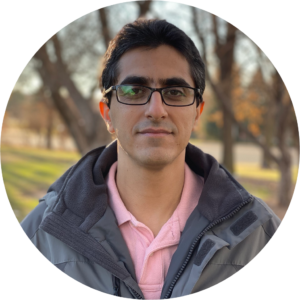 Mostafa Zahed received his PhD in Applied Statistics and Research Methods from the University of Northern Colorado (UNC) in 2020. During his graduate studies, he did collaborative work with the UNC Active Schools Institute, a funded research institute, at UNC. He was part of several multi-disciplinary projects, such as: Daily Physical Activity Patterns and Standardized Test Scores, Utilizing Span Selection in Intense Longitudinal Accelerometry Data Display, An Exploratory Analysis of Children’s Sedentary Behavior in School, and Mixed functional modeling approach for discrete scalar outcomes and account for the cross-dependence of intensive repeated multilevel functional observations. Mostafa’s graduate work involved addressing one of the UNC Active Schools Institute’s research questions. The Active Schools Institute had an interest in associations between daily activities’ patterns as measured by accelerometers on daily total magnitude. In other words, they wanted to investigate what kind of time-structure for patterns of activities can adequately describe the relationship between kids’ daily total magnitude and their daily and weekly physical activities. To address these interests, Mostafa proposed a technique that extends the analysis of functional linear models by relating a scalar outcome to the functional predictor, which were observed intensively and longitudinally, to hierarchical situations and an estimate of a time-dependent regression function. The proposed model is called an Intensive Longitudinal Functional Model with Multiple time scales (ILFMM). To implement the model estimation in R software, he wrote an R package (ILFMM), which has been uploaded and can be viewed at github.com/Mostafa2020-bit/PackageILFMM.

Mostafa also has a broad range of teaching undergraduate classes for more than 10 years, as well as being a teaching assistant for graduate students in the field of statistics at UNC, which helps him have a deep understanding of statistical models to implement for data analysis. In addition, he worked as a research consultant in Research Consulting Lab at University of Northern Colorado for four years. This experience made him familiar with the laboratory environment and well-equipped him with collaboration and communication. This was also an excellent opportunity for him to work with real data and conduct appropriate statistical approaches in a real context.

Currently, Mostafa is working on the quantitative analysis of biomedical images during his postdoctoral study, referred to as “Radiomics,” under Dr. Enrico Capobianco’s supervisory. They are using different software, including: pyradiomics, 3DSlicer, LifeX, IBEX, RayPlus, and radiomics package, to extract features first. These features are then used for analysis, e.g., the features are assessed for their prognostic power, or linked with stage, or gene expression. Finally, models of the type they aim to build are already available and factorizable in specific forms. Examples include: Joint and Individual Variation Explained (JIVE), and many popular methods, Principal Component Analysis (PCA), (multiple) Canonical Correlation Analysis (CCA), Partial Least Squares (PLS), non-negative matrix factorization (NNMF) and several others. Mostafa’s main research interests include machine learning, radiomics, networking, deep learning, manifold learning, and intensive longitudinal functional data analysis.

His works have been published in the Measurement in Physical Education and Exercise Science Journal, Linear Algebra and its Applications Journal, Applied Mathematical Sciences Journal, and  Statistical Computing and Simulation Journal. He also presented in different conferences, including the American Statistical Association’s Joint Statistical Meetings (JSM), Western Users of SAS Software (WUSS), and Society for Industrial and Applied Mathematics (SIAM).