Knight Foundation Chair of Data Science and AI, and IDSC Innovation Officer Yelena Yesha, PhD, is launching a collaborative blockchain project to detect and track fake news by identifying the source in real time. “The coronavirus pandemic has led to an explosion of misinformation, such as ‘miracle cures’, as well as scammers trying to take advantage of people, and others who spread rumors for fun,” said Dr. Yesha. “As information spreads quickly in social media, it is an urgent task to develop methods for preventing the spread of fake news.” 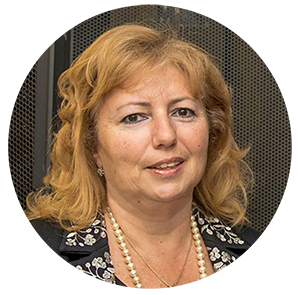 Dr. Yesha will collaborate with her colleagues at IDSC and at NSF UM CARTA, the University of Miami site of the Center for Accelerated Real Time Analytics, to develop a process using blockchain to determine the origin of suspected fake news articles. Dr. Yesha was the Founding Director of CARTA, one of the Industry/University Cooperative Research Centers funded through a grant from the National Science Foundation (NSF).

Blockchain is a modern system for authenticating various types of transactions by comparing ledgers posted to a decentralized group of computers. Each transaction—such as a social media post—has a time stamp. With the use of a cryptographic encoding, time stamps, and data in a distributed network, any forgery of data can be quickly detected, according to Dr. Yesha.

While many algorithms have been proposed for blockchain, the new initiative will use Chios, which offers fine-grained access control. Dr. Yesha’s team will develop a computer program demonstrating how to capture fake news using Chios, and a set of experimental results to show the effectiveness of blockchain in tracking suspect posts.

“Leveraging cutting-edge, IDSC can be a leader in authenticating social media communications,” said Dr. Yesha. “An effective blockchain tool can play a vital role in combating the spread of fake news.”